FLASH– March 3: Spring Migration is in full swing. Be sure to check out the Key West radar loop images in BADBIRDZ2– they show very large flocks coming north from Cuba. (Also, note link to RSS feed in column at the left.) 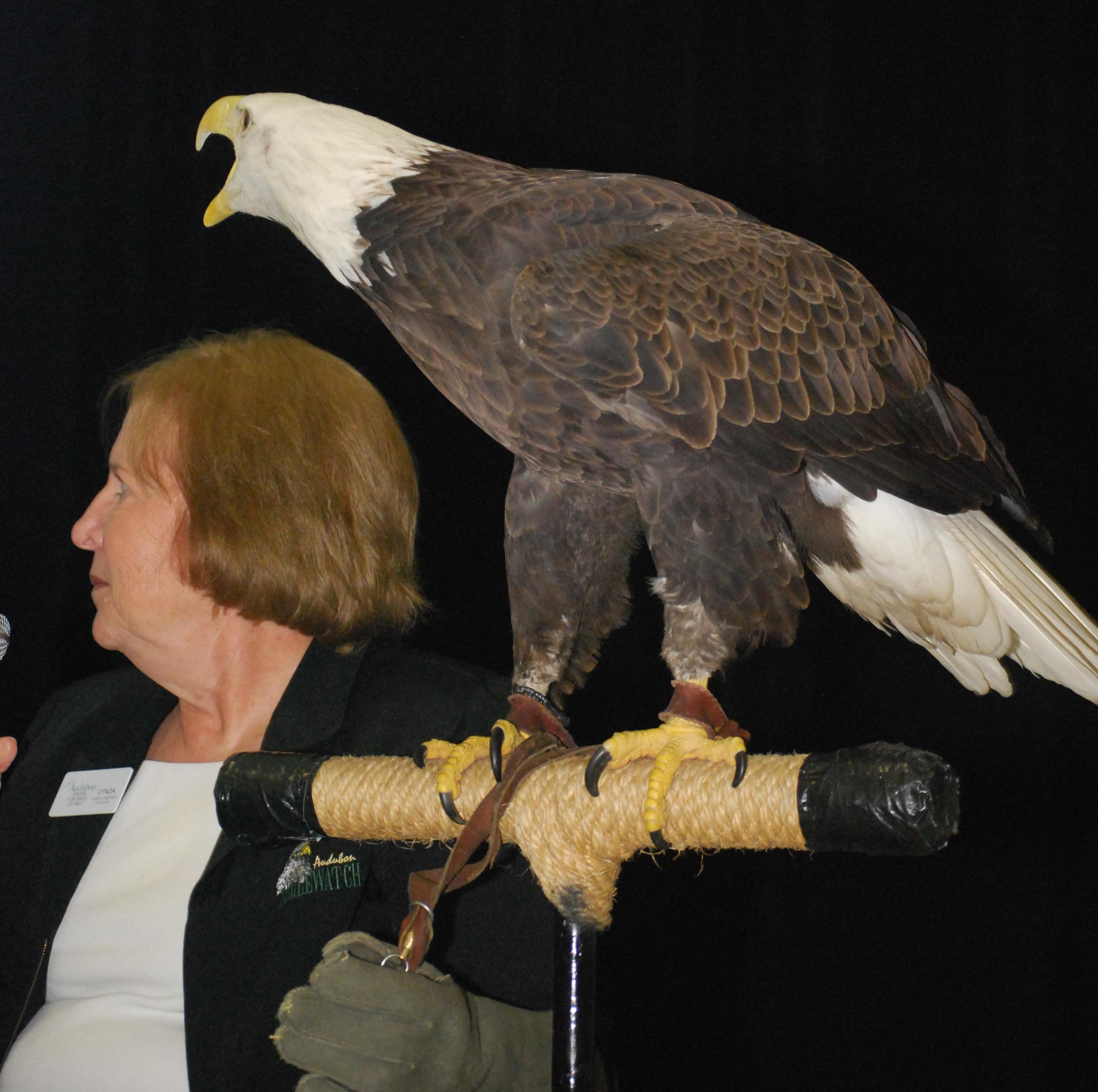 The chicks made some “peeping” sounds, probably aware that an adult was approaching with food:

We arrived at the nest at about 8:45 EDT, and found three other photographers and observers already there. They said the chicks had been fed at about 8:00 AM. We waited until 10:30, when one adult flew in from the rear of the nest unnoticed by the 12 or so people that were watching at the time.

The older chick begged to be fed: The adult proceeded to feed the fish to the young birds. The older eaglet, who was seven weeks old this weekend, ate first. Initially, the smaller one looked on, but after its sibling had eaten several large chunks, the adult began feeding it.

The smaller chick may now be seen, almost underneath the parent, who alternated between feeding each chick: Nest watcher Trisha provided this report of her observations on Saturday, March 7:

“I arrived at 4:00 pm and stayed for 2 hrs. I really didn’t mean to be there that long, but just couldn’t leave!“I saw all 4 eagles which always makes me feel very happy. The babies were up and around, exercising their wings and changing locations in the nest. One adult was in the stand of dead trees and after about an hour of watching the other adult flew in to the nest carrying a fish. It did the usual ripping and feeding and then flew off to the large pine just to the left of the nest along the new fence line.“There were larger crowds than I have seen in a while, split between the nest location and the dead trees where the adult was sitting…..at least 20 people at each spot…..sometimes more. There were many children so it wasn’t very quiet, but it didn’t seem to bother the eagles at all. Many cars were stopping along the highway and not moving quickly when we asked. ”

Visit the FORUM on this Web Page WATCHING A BALD EAGLE NEST  for more reports.
comments (0)