The flag is waving, and flocks of up to 50 rosy-finches of all three species, including both the interior and coastal (Hepburn’s) races of the Gray-crowned Rosy-Finch, are now visiting the feeders at Sandia Crest House just east of Albuquerque, New Mexico. Banding operations are underway on most Sunday mornings. See rosyfinch.com for more information, current sighting reports and correspondence. 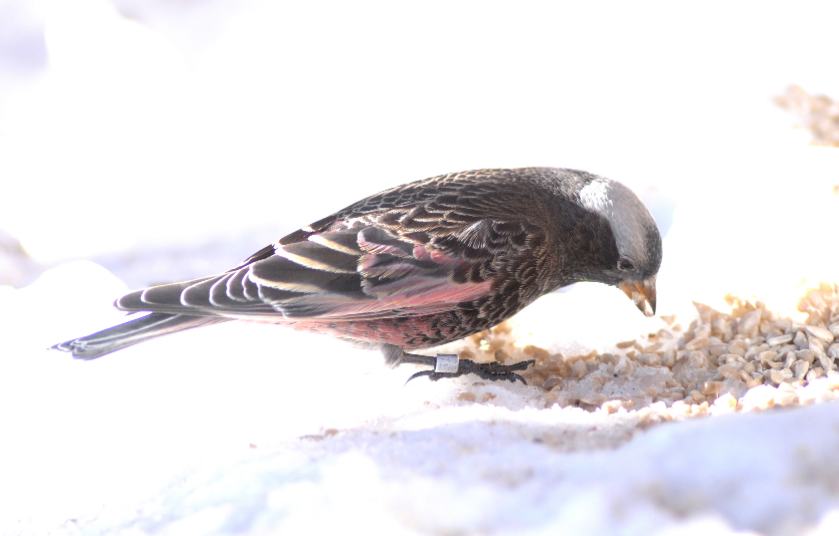 Photographers were in the spotlight at Sandia Crest House this week. First the Bad and the Ugly, and I will save the Good (and beautiful) for last.

Some patrons, probably birders, complained that their view was obstructed and the birds were being frightened away by photographers who stationed themselves on the deck. As those of you who have seen my “Cedar Crest Back Yard Birds” photos know, my bird photography in the past consisted of digiscoping through our great room windows with a point-and-shoot Canon A40 aligned with my Kowa scope by an adapter fashioned from a Durkee’s spice container. I obtained my first long (420mm) lens system this past spring, shortly after my son-in-law gave me a used Canon Digital Rebel EOS camera body. Though I thought my old fuzzy images were just wonderful, now I pay close attention to eye shine and feather detail in my avian portraits. 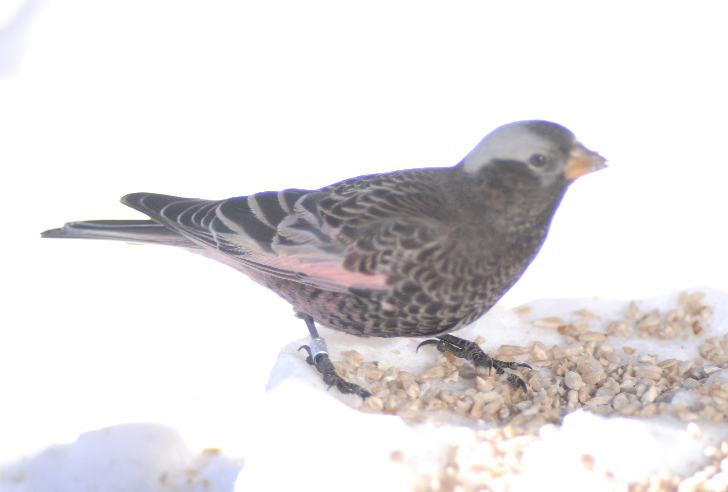 On my recent visit to New Mexico, I was one of the transgressors. I positioned myself in the far left (SW) corner of the Crest House deck and braved the elements to get the photos published in this recent Blog post. True, I knew there were birders inside who were also enjoying the rosy-finches as a flock of 30 or so descended nervously on the feeders and departed all too soon. I was about 20 feet from the feeder, and some of the finches came within about 5 feet– so close that I had to switch to a macro setting to photograph them. Their skittishness was normal behavior for early-season Rosies, I assured myself, and was confident that I did not cause a disturbance. This well may have been true, but perceptions are important, and perhaps some non-avian feathers were ruffled.

While eating some humble pie, I made the recommendation (see the recent correspondence on this subject 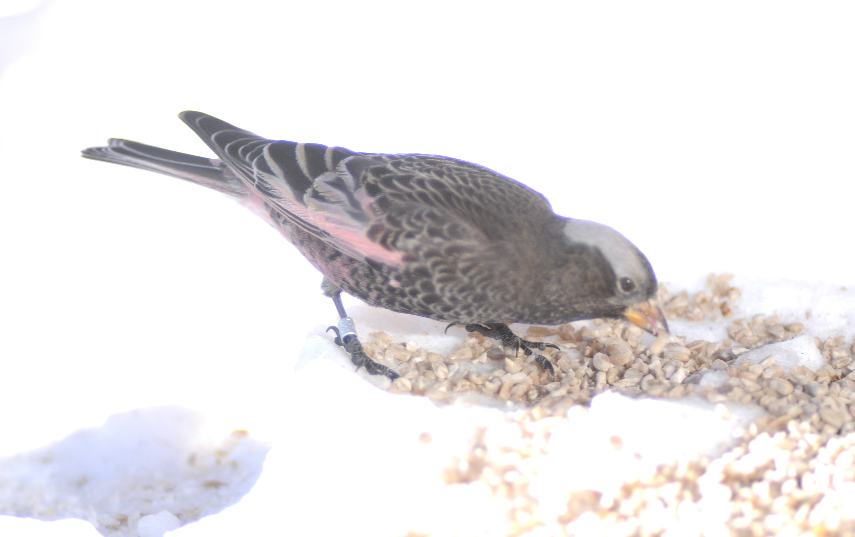 Ah, but now the Good! Even before the banders started their operations this weekend, a photographer “recaptured” a Black Rosy-Finch that had been banded at Sandia Crest a little over three years ago. Ed Ruden (Website) carefully cropped and enlarged the band on one of the birds he had photographed, and reconstructed the band number. Here is the sequence of photos that he used, and the graphic he produced, a replica of the band placed on the bird by the Rio Grande Bird Research team on November 27, 2005.

Here is what Ed saw on each of his images–

ABRE across, 2 along bottom: 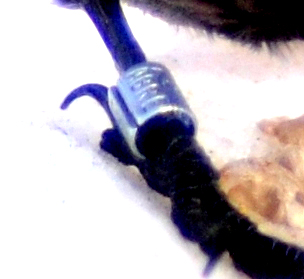 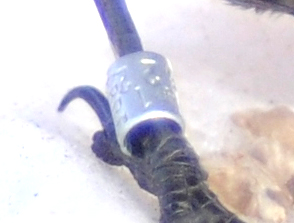 OPEN across, 2 along top, 7 along bottom: 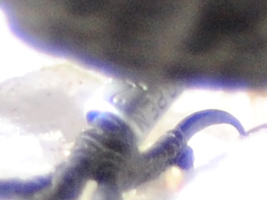 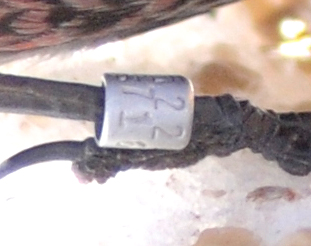 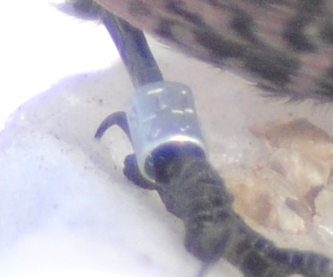 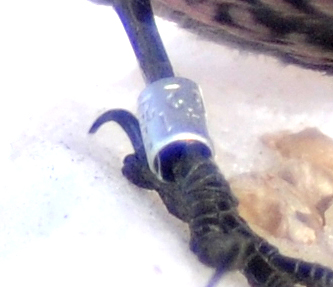 band along bottom, 41 along top: 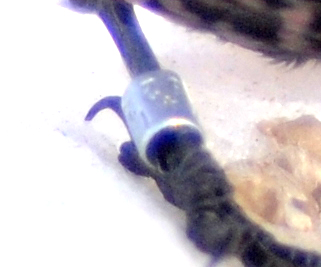 Putting it all together, this is Ed’s product, and it was a perfect match: