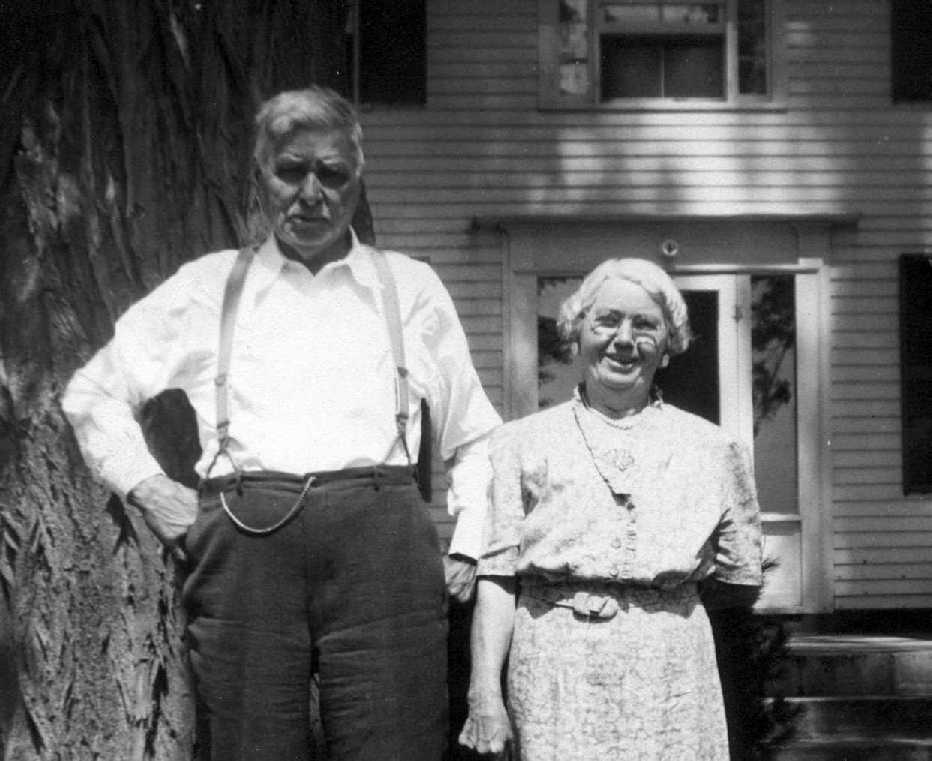 I’m back to “Remembering New Jersey” today. No bird pictures or nature stories. The more recent entries in the New Jersey string of Blog entries may be accessed here, with apologies to non-bird lovers for all the birdy things that creep into my writings. For my earliest adventures in New Jersey, search the index link here or in the left column, and scroll way down.

For the past couple of days I have been poring over old family photographs. This was occasioned by the forthcoming business trip to Ohio by my nephew, Bill. Columbus, Ohio is the ancestral home of our O’Shaughnessy forbears, after they emigrated from Limerick, Ireland. A first generation O’Shaughnessy pioneer was my paternal Great-grandfather Jerry, the visionary Superintendent of Water Works into the 1920s. The big dam and reservoir out near the Columbus Zoo bears his name.

Bill was planning his first visit to a popular Columbus watering hole, aptly named the O’Shaughnessy Public House, owned and operated by another of our cousins. The pub’s Web site has an old family picture from 1919, and my siblings and cousins have been working to identify the faces and names. This led to my rummaging through my collection of old photos, including the 1945 image above, of my maternal grandparents, Uriah and Ella, and some reminiscing about my mother’s side of the family.

âSweetheartâ was the name I gave to my Grandmother Ella, probably because that was what she always called me as I learned to speak. She was born in County Clare, Ireland and immigrated to New Jersey in 1895 at age 15 with an older sister.  Her parents had survived the Irish potato famine, but she joined the millions of Irish immigrants to escape the desperate economic conditions that followed. Most of her ten siblings also followed her to the United States, settling in New Jersey and Connecticut.

I grew up living right next door to her. We shared a driveway that the coal trucks would back into and lower their chutes to fill our basement coal bins. More properly, her family burnt coke, not coal. I am not sure why. Maybe our furnaces were designed for different fuels. I think that coke was cheaper and burnt hotter than coal, and it also left less ash. Coke ash was better for spreading on icy sidewalks and seemed to be less messy than coal ashes.

When I think of Grandma âSweetheart,â I am reminded of her oilcloth kitchen table and her shelves stocked with Mason jars full of homemade jelly, relishes, vegetables and other preserves. There was a grape arbor out back with a bird house for âJenny Wrenâ atop it, and her backyard had neat rows of tomatoes, eggplants, corn, peas, beans, lettuce, radishes and squash. There were also clumps of rhubarb and horseradish, a big sour cherry tree and two peach trees. All of it fit on their 1/3 acre plot. Grandpa Uriah âPopâ worked incessantly at the garden when he was not building houses and furniture or sharpening saws. (Read about one of my mis-adventures with “Pop’s” chickens: Chicken Killer)

She used a washboard and a hand wringer, and a flat iron that she heated on the stove, when she did the clothes. Her âtoasterâ looked like a four-sided cheese grater that was placed over one of the gas burners. One of her major appliances was a large metal grinder with a crank that she used to make corned beef and potato hash. After the first hard frost in fall she produced a coarse mix of green tomatoes, celery, onions and peppers for her famous âchili sauce.â The sauce was stored in a huge earthen crock on the back porch, relying on cool temperatures, salt and vinegar to preserve it through the winter. If anyone ever got sick or died from eating her delicious âchili sauce,â we never heard about it.

Another of her memorable culinary feats was the way she prepared eggplant for human consumption. I donât know if this was an Irish thing, but she believed that eggplant was poisonous. She also thought it was very good for you, once the poison is removed. To make it safe for human consumption, she cut it into slices that were about Â½ to Â¾ inch thick. Then, she folded a strip of cheesecloth back and forth between each slice. Following this, she set the entire stack of slices neatly in a tower, with the cheesecloth in place and a flat iron on top, leaving it overnight in the belief that the cheesecloth would remove and absorb the âpoison.â She fried it for supper the next day, coating each piece with eggs and rolling it in bread or cracker crumbs. The overall effect was a product that stung my lips and curled my tongue.

Grandma left me with seven uncles and aunts, but only her youngest child, Uncle âGoogsâ and her oldest surviving child, widowed Aunt âTressâ and her two children lived next door when I was growing up. I still remember that their phone number was Rutherford-2-2250-R. She kept canaries that sang incessantly. The family had a succession of dogs, of which I remember Midgie, a miniature Doberman Pincher, the best. The first really sad day of my life was when Midgie ran out into the street and was run over by a car. She was so badly hurt that Grandpa âPopâ had to put her out of her misery. How he did it I do not know, as I was not permitted to watch. Their next dog was another tan miniature, named Flea-Bee by my Uncle âMart,â who found him by the side of the road in Georgia when he was coming home after World War II.

âSweetheartâ disciplined me severely. If I got out of line or got caught being naughty, she would tell me in her thick brogue, âGo out back and cut a âswitchâ from the hedge.â I had to bring it to her, in fear of getting my legs striped. I donât think she ever used a âswitchâ on me, but it was a very effective deterrent, at least until the next time it was needed. One good thing though, was that she rarely told my mother about my misdeeds and I had feelings of love and trust towards her. She died suddenly at the age of 75, just after I turned 10, and was laid out in her living room. My paternal grandmother âSchotzieâ (German for âSweetheartâ) had died only two years earlier at 54 years of age. I so missed both of them.