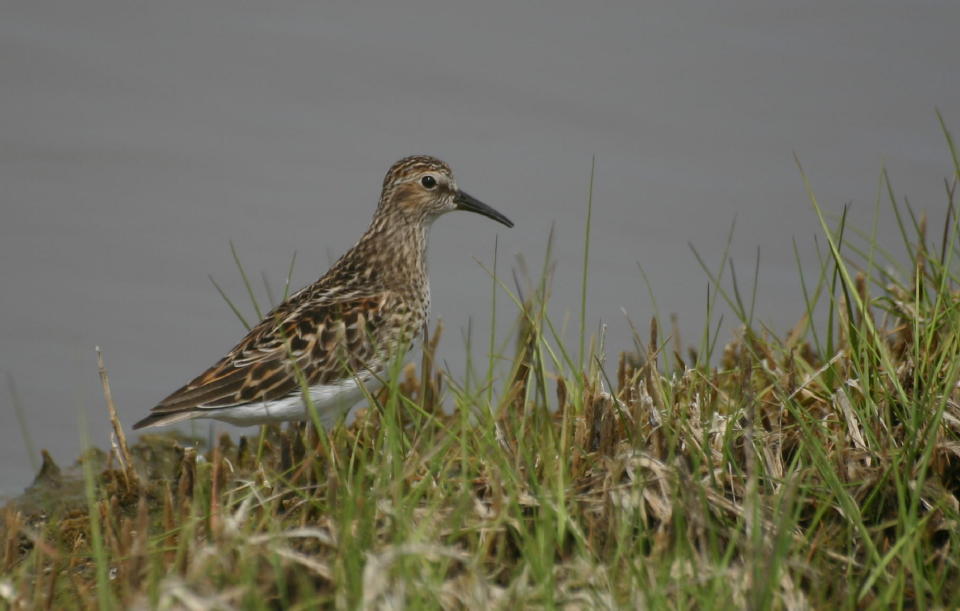 It is difficult to pick the best week for spring birding in southern New Jersey. Having lived in the Southwest for over three decades, I longed to see the flocks of warblers, Rose-breasted Grosbeaks, Scarlet Tanagers, vireos and orioles that I remember from my childhood.

The first two weeks of May used to be best for land birds in northern Jersey. The trees had barely begun to leaf out, and they were adorned with multicolored feathered beings that matched the little pictures in my skinny 1933 Petersonâs Field Guide. Their brilliance and sheer numbers sealed my fate as a bird watcher. Climate change has sped up the emergence of leaves and hastened the passage of spring migrants. Their numbers are also much lower now than I remember in the 1940s.

Shorebird identification can be challenging. Many look similar, and their colors and patterns seem never to match the plates in our various field guides. Since we have lived inland for so long, we have had few opportunities to observe them. To prepare ourselves, we purchased The Shorebird Guide, by Michael OâBrien, Richard Crossley and Kevin Karlson. This splendid book is chock full of vivid photographs that depict shorebirds in various plumage stages at different times of the year, and allow side-by-side comparison between similar species. It places great emphasis upon behavior: manners of vocalizing, flocking, flying, foraging and feeding, and even posture. 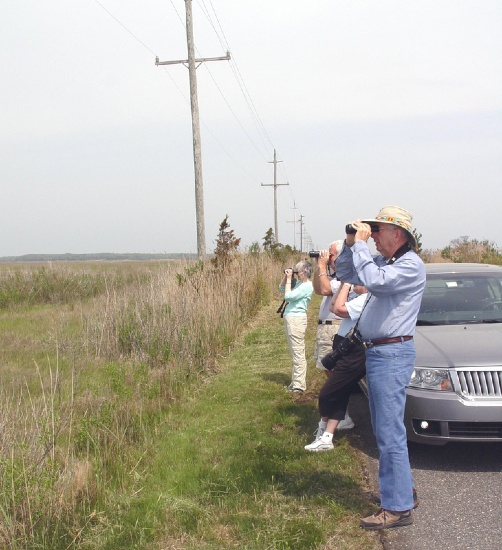 We eagerly anticipated the new moon on May 16, when, during our participation in a birding Elderhostel at Cape May, the Red Knots and Ruddy Turnstones would time their arrival with the spring tides of the new and full moon.  Horseshoe Crabs take advantage of the high water to deposit their tiny greenish eggs, four inches deep in the damp sand, just above margin of the lapping waves. âPeeps,â as the smaller look-alike Semipalmated, Western and Least Sandpipers are known, join the more easily identified larger sandpiper species to feast on the crab eggs.  During the first few days we practiced our shorebird identification skills as we explored the area north of Atlantic City.

Great Bay Boulevard runs out of Tuckerton through tidal marshes to the Atlantic Ocean at Mystic Islands, just across Barnegat Bay from the southern tip of Long Beach Island. In the 1920s, before there was a Garden State Parkway, it was to have become a major highway connecting all points north to Atlantic City.  Engineers encountered bottomless muck that put an end to their plans to run a causeway from the mainland to Brigantine on the barrier island, and the marshes that would have been drained and filled became part of the 5300 acre Forsythe National Wildlife Refuge. After crossing two narrow wooden one-way bridges crowded with fishermen, we traversed several miles with mud flats on both sides of the road. We saw good numbers of shorebirds. Linda Reddington, Lifestyle Editor from the Tuckerton Times Beacon stopped her car to photograph and talk to us as we birded the road, and then wrote this article with a picture of us (thumbnail above).
. 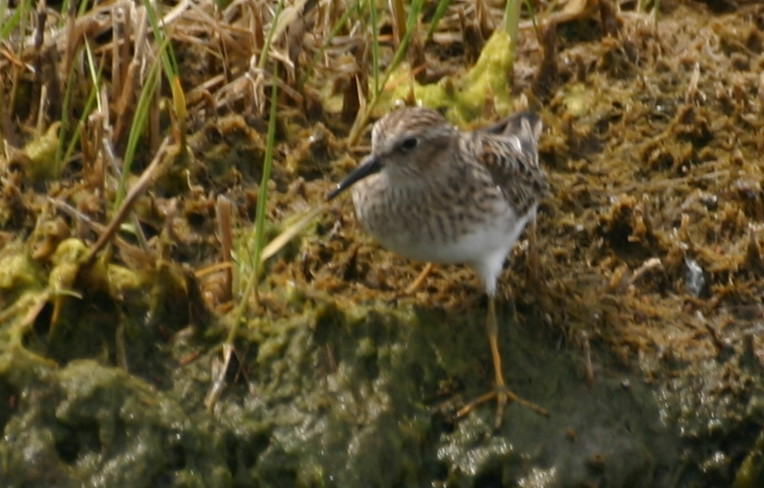 Dunlin, Short-billed Dowitcher and âpeepsâ were present in mixed flocks. Before studying The Shorebird Guide I paid too much attention to subtle details of color, size, bill shape and plumage pattern in attempting to separate Least Sandpipers from Semipalmated and Westerns. One of the âpeepsâ had a particularly warm brown back. It kept to the shore, as if afraid to get its feet wet. Thanks to what I had learned from the Guide, these two clues were enough for me to tentatively identify it as a Least Sandpiper, but I wanted to clinch the diagnosis by seeing its leg color, which should have been yellowish instead of black as in its similar relatives. Luckily, it struck a perfect pose, thrusting one pale leg out for all to see. I captured it with my Digital Rebel. Click here for full-screen view