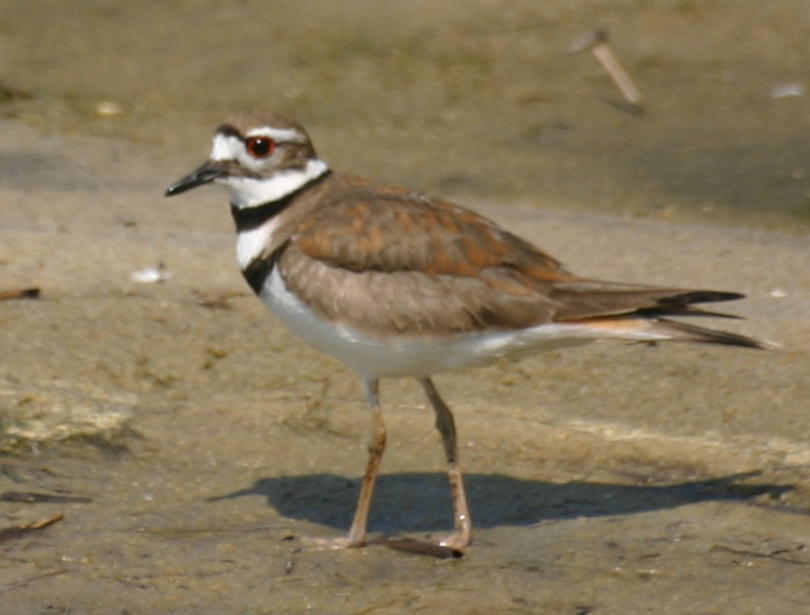 Ok, I’ll confess. The statute of limitations for a Federal crime has passed (unless I am charged with murder). When I was about 9 or 10, I found a Killdeer nest right in the middle of the gravel parking lot between Clare’s Market and Rogers Garage on Union Avenue in Rutherford. It was easy to find, as both parents led me right to it in a reverse sort of way.

Killdeer put on quite a display when their nest is threatened. The nearer one approaches the nest, the louder and more dramatic the display. At first they simply call excitedly from a distance. Then as the threat increases, they try to distract the intruder by alighting nearby, showing the bright rufous rump and tail patches, dragging a wing pathetically, even thrashing about and doing half-somersaults as if in the throes of a major seizure. If you simply do the opposite of what the birds are telling you to do, you will find the nest.

My cousin Corky and I had found many Killdeer nests in the past. The eggs or young are so well camouflaged that there is a danger of stepping on them. In this case, the nest held four eggs, neatly positioned with their narrow ends all pointing towards the center of the minor depression that served as an excuse for a nest. We were immediately concerned about the danger posed to the nest by the cars that parked in the lot. Although it was towards the back of the parking area, away from most traffic, we knew that it sometimes filled up on Saturday mornings, and that trucks sometimes pulled in to turn around after making deliveries to the supermarket.

So you might say that we “hatched a plot” to save the babies. We picked up the eggs and brought them home. I had a night light with a small white Christmas tree bulb and plugged it into an outlet (shared by the toaster) that was positioned on the backsplash of our kitchen counter, several inches above its surface.

We found a one pound coffee can and layered it with some wadded newsprint and then soft cotton, and placed the four eggs about 4-5 inches below the lamp. I must admit that my mother was a co-conspirator, after I convinced her of the hopelessness of the little ones. She had a couple of useful suggestions based upon her experience with her father’s poultry management, such as turning the eggs periodically and also sprinkling them with a little water to keep them from drying out.

After what seemed to be a little over two weeks, only one of the eggs hatched. It was a pathetic little individual that was partially paralyzed. It did not eat or drink, and it died within two or three days. I was heartbroken and overwhelmed with guilt. I am so glad I now have gotten this off my chest! 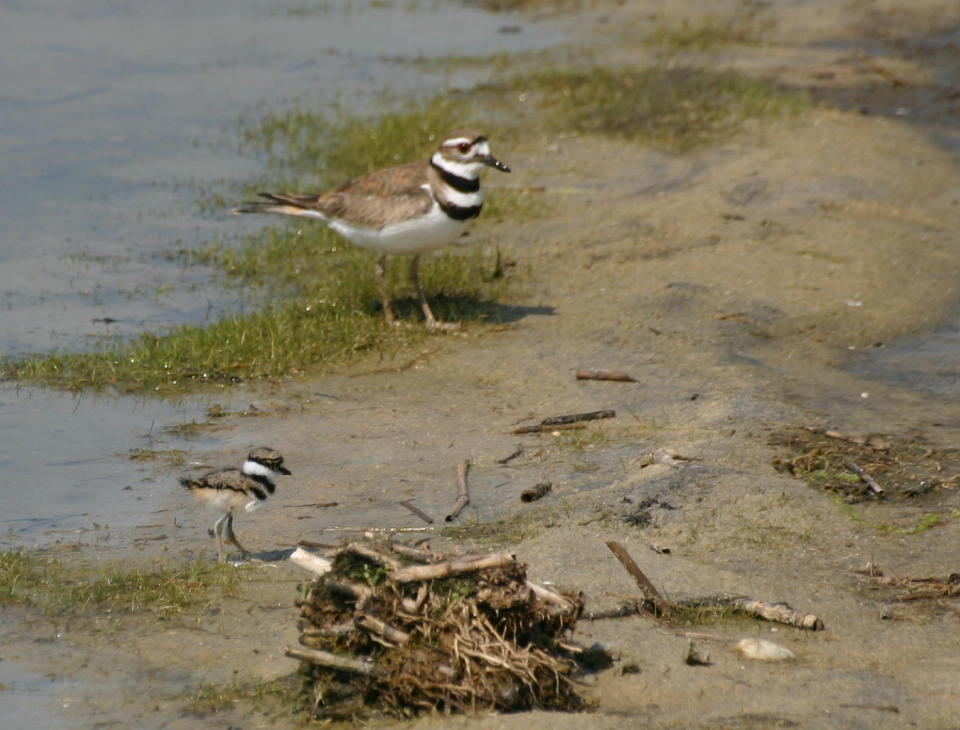 POSTSCRIPT (May 23, 2007) On a happier note, I photographed this Killdeer mother with her chick at Cape May (New Jersey) State Park last week. Her four offspring were probably only 1-3 days old. Click here for a full-screen view. Additional images are posted HERE.

One Response to “Hatching a Plot”