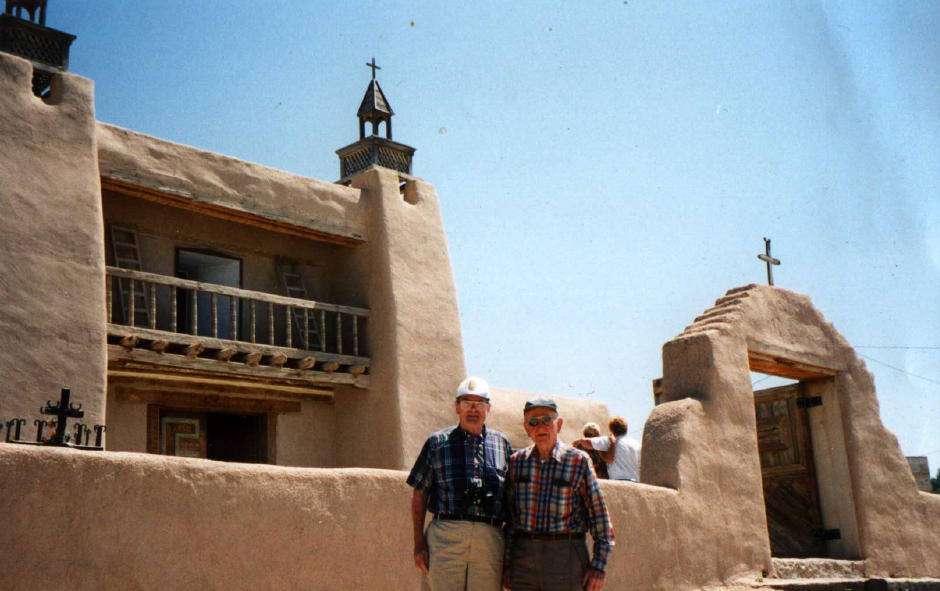 My fondest memories of childhood were not those of solitary pursuits. Not having someone there to share an otherwise awesome event seems to take the edge off the experience. Maybe itâs because I simply want to say, âHey, look at that!â and feel the satisfaction of having another appreciate and later reiterate the experience. Frequently, it works the other way. So many times I might have missed what another pointed out or interpreted.

I feel some sadness when I see parents showering their children with expensive gifts and elaborate parties. How often are the kids more fascinated with the packing crate than the contents? Yes, that Christmas when I received the full-sized balloon-tired two-wheeler persists in my memory, but I smile and relax when I think of those woodland walks with my father. The day we encountered a young Great Blue Heron who could not become airborne because it was trapped among dense trees along the Passaic Riverâhow Dad covered its head and mean-looking beak with his jacket so we could carry it out into an open fieldâthe thrill of seeing the bird slowly rise on untried wingsâ¦

One Spring I attended a week-long medical refresher course at the YMCA of the Rockies in Estes Park, Colorado. I invited my parents to join us, and they flew to Dallas. Mary Lou and I and our four children set out with them in our 1972 Oldsmobile Custom Cruiser station wagon. Despite the demands of the curriculum, we found time to walk the trails and see deer, beavers, American Dippers and a family of Blue Grouse (now known as Dusky Grouse).

We had followed a direct route to Colorado, but after the conference I took leave for a few days to permit a more leisurely trip back to Texas. On the return leg, we spent two nights at Kachina Lodge in Taos, New Mexico.

The first night we watched Pueblo Indian dances, and the next morning we attended Sunday Mass at San Francisco de Asis in Ranchos de Taos. This adobe church, completed in 1815, is said to be the most photographed church in America. (Dad loved the old churches of New Mexico. The photo shows him, on the right, with his brother, Father Dan, on the High Road to Taos, visiting the church at Truchas/Las Trampas).

The ceremony was entirely in Spanish. It happened to be Fatherâs Day. The priest invited all fathers to join him on the altar to recite the Lordâs Prayer. Dad and I walked up and joined the congregation in prayer. I knew some Spanish, but Dad knew none. That did not dissuade him. He put his hand on my shoulder and launched into the Latin version of the prayer. While everyone else was saying âPadre nuestro que estÃ¡s en los cielos, santificado sea tu nombreâ¦â Dad was confidently announcing âPater noster qui es in coelis, sanctificetur nomen tuum.â The Romance cadences were so similar that no one seemed to notice. That Fatherâs Day and all others afterwards held special significance for me.

During my working years I enjoyed beating the traffic and getting to the office early. I was able to close my office door and organize my day in peace and quiet before my co-workers appeared. When I retired from active duty I resolved never to sleep late. Therefore, when we moved to the mountains of New Mexico I set the alarm on my watch for 7:30 AM to nudge me awake just in case, but I rarely needed it. Dawn came quick and bright as the sun emerged in a blue sky above the ridge to the east.

So it happened that on Sundays, 7:30 AM Mountain Time was an ideal time for me to call my father, back home in New Jersey. By then he had returned home from early Mass and had finished his breakfast, and was in the middle of his morning papers. The chirp of my watch alarm was a gentle reminder, and rarely did I miss placing the call. If I happened to be a little late, he would ask about the reason for the delay. At Dadâs funeral, his younger brothers told me how important those calls were to him. Unbeknown to me, he arranged his Sunday morning schedule to accommodate my call.

We talked about nothing in particular, though we often filled the greater part of an hour with banter. Embedded among discussions of the weather, politics and sports were those âI wish you could have seenâ¦â and âRemember when weâ¦â moments that swept us back to those earlier days.

I last called Dad only a few days before he died. He spoke of how wonderful it was to have a hospital room with a view.

Now in the Eastern Time Zone, my wristwatch still chirps at 7:30. Though two hours earlier in real time, the sun already dapples on the surface of our lake. And I whisper a Pater Noster in remembrance.