Keep watching for this flag to start waving when the Rosy-Finches arrive at the feeders of the Crest House, in the Sandia Mountains just east of Albuquerque, New Mexico. Feeders will be put up on Wednesday, October 29. Plan to combine your visit with a stop at Bosque del Apache NWR, site of the Festival of the Cranes November 18-23– flocks of all three species of Rosies should be at Sandia Crest by then! 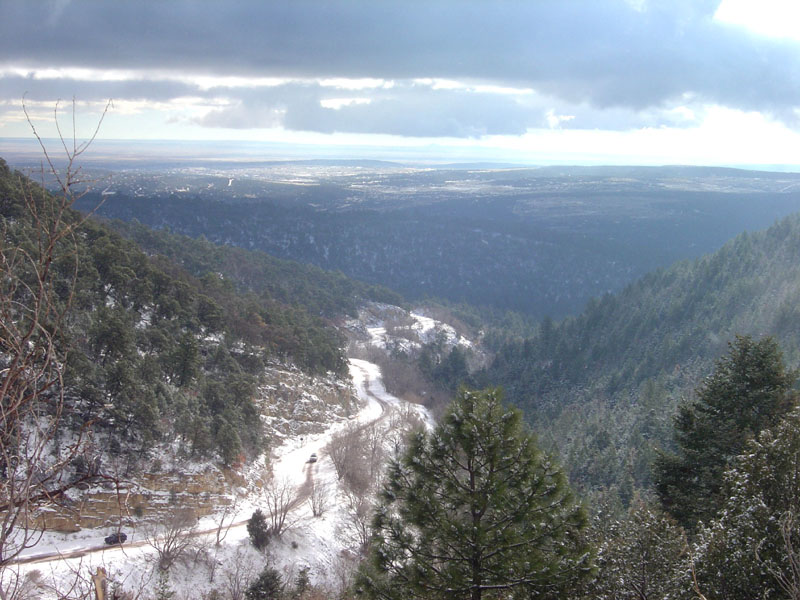 The rosy-finches are now on their way to Sandia Crest. In three of the past six years, they have arrived at the Crest House feeders by the first week in November. This year, feeders are scheduled to be put up on October 29.

Follow e-Bird for reports of migrating rosy-finches. As of today, the  eBird data base contains no evidence that the birds are on the move. In the southwest corner of Alberta, Canada, on the eastern side of the Rocky Mountains, is a the ridge in the Livingstone Range that the Piikani Blackfoot named Piitaistakis (”The Place of the Eagles”). It is an ideal location for observing the migration of large raptors, including golden eagles. The worldâs largest golden eagle migration occurs along this flyway each spring and fall. The watchers keep track of the movements of smaller birds as well.

The interior race of the Gray-crowned Rosy-Finch (spelled “Grey-crowned” in Canada) breeds in these mountains, and the coastal (Hepburn’s or gray-cheeked) race nests to the west. Mid-October saw a surge in numbers of rosy-finches, as revealed by this selective search of the postings of the eagle-watchers:

Their migration flight path to Sandia Crest takes them through Oregon, Utah, Wyoming Colorado and northern New Mexico, where birders are on the alert for their arrival. As soon as I hear of any reports I will keep everyone updated.

Table and Spreadsheet of all Banding Results


One Response to “Anticipating Arrival of Rosy-Finches”