These photos were taken at a wildlife drinker by remote cameras in Coyote Canyon, just south of Albuquerque on the west side of the Manzanita Mountains, a testing area for Sandia National Laboratories. They were originally e-mailed by an employee of Sandia Labs, are copyrighted by the owner and reproduced here for educational purposes. Note dates and times of the photos.
Not just one, but two mountain lions. My guess is that one of them is a female and the other is her year old cub, as adults avoid each other except, briefly, during the mating season, which is usually in the winter: 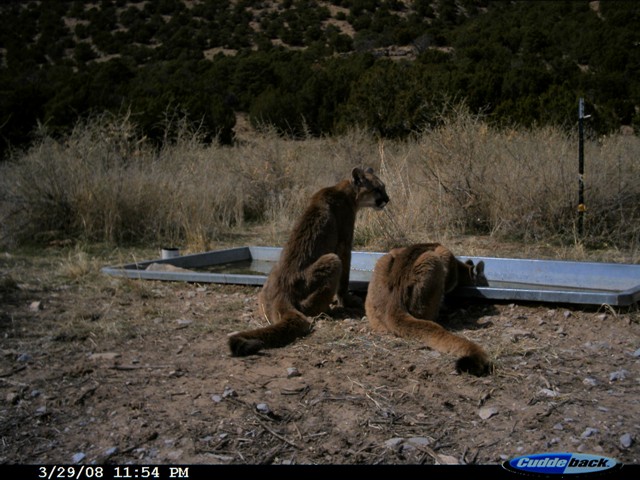 On the subject of mountain lions, at the end of this post is a newspaper account of an evening attack on a 5 year old boy that took place this past week in the Sandia Mountains at Balsam Glade, one of my favorite spots (in the daytime). Happily, the child is expected to recover despite suffering several deep lacerations.

Birders have also reported sighting these big cats at Capulin Spring, which is just above the location of the attack. Click for a scrolling panoramic view from the overlook at Balsam Glade (requires Java). 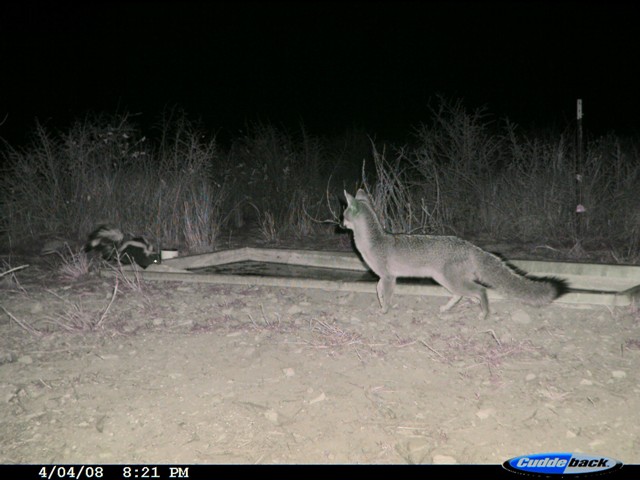 Again, this fox has very large ears and distinct muzzle markings that may characterize it as a kit fox: 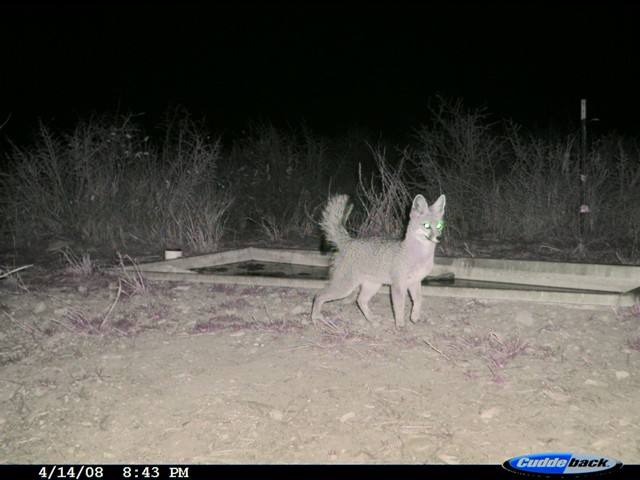 Prey species such as these six mule deer also visit the watering hole, reminiscent of Africam: 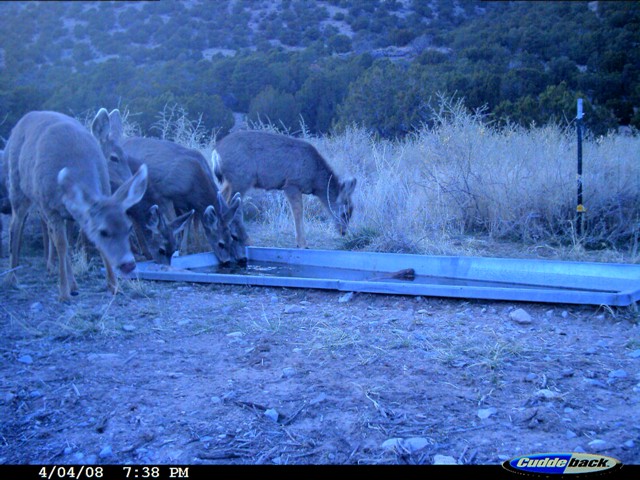 Coyotes in the morning…: 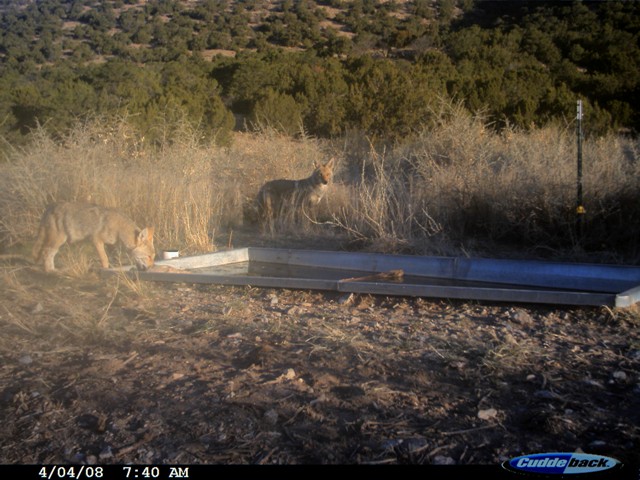 …and a Black Bear in the dead of night: 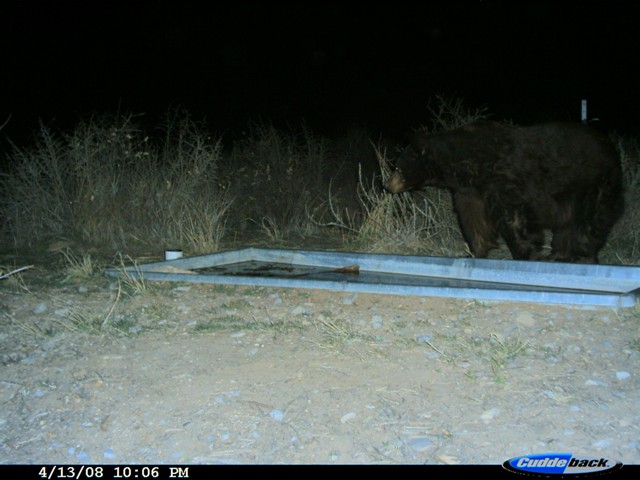 While we were staying at our second home in Illinois last month, a full grown cougar (aka mountain lion, panther or puma) was shot by police in downtown Chicago.

Mountain lion sightings, though infrequent, are not unusual in the Sandia Mountains. One morning I listened to a local Albuquerque radio station traffic helicopter reporter tracking a mountain lion as it walked down the middle of Tramway Boulevard at rush hour. While we lived in Cedar Crest, one visited our subdivision with its cub, and another enjoyed basking early on winter mornings in the warm pavement of a tennis court at a nearby residential boys’ school. Cougars have benefited by the discontinuance of bounty hunting, although in New Mexico, they are still hunted with dogs during hunting season.

Interesting information is available at this site, which includes some important advice about how to avoid an attack.

Mountain Lion Attacks On People in the U.S. and Canada
“[I]ncreases in apparently mountain lion sightings have led to general hysteria over mountain lion attacks, and the common conception that something has changed in cougar behavior. However, an extremely simple analysis of the data shows that nothing has changed in cougar behavior at all. The increased number of attacks is explained simply by the increase in the number of people, and the rebound in cougar populations after bounty hunting ceased…”
If you happen to cross paths with a black bear in the wild, it is best not to look it in the eye, and slowly retreat. Bears tend not to be easily intimidated. We had one in our back yard that had a cub with it. When I started banging pots and pans, she just stared back at me,

By Jeremy Hunt    Journal Staff Writer    Â© ABQJournal.com and Albuquerque Journal        It was a scream, his father said later, that you never want to hear.        Five-year-old Jose Salazar Jr. walked around a bend as the family was hiking Saturday evening on the Balsam Glade Nature Trail in the Cibola National Forest. He was momentarily out of sight of his family, 20 to 30 feet behind him, when he screamed.        A big cat, most likely a cougar, had tackled Jose and was batting at him, and when Jose’s parents rushed forward, the cat picked the boy up by the neck, dragged him down the mountainside and was only stopped by a fallen tree…            State Game and Fish Department officials, however, said Sunday afternoon they weren’t sure what kind of animal had attacked little Jose. A veteran tracker and his dogs had gone to the trail Saturday shortly afterward and were unable to find signs of a cougar…               The boy, shown pictures brought to the hospital by Game and Fish, identified the animal as a “big cat.” So did his father, although Charlotte Salazar said it looked like a large bobcat…      For the full story, see: URL: http://www.abqjournal.com/paperboy/text//news/state/307308nm05-19-08.htm