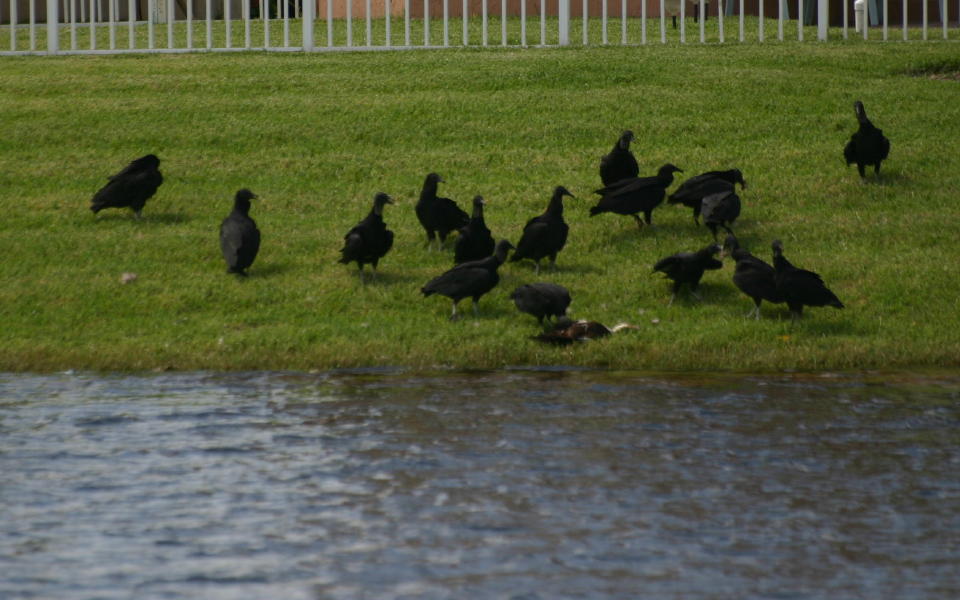 Yesterday morning I found a freshly dead adult White Ibis on our lawn, at the side of the lake. I did not think too much of it. However, a little later, diagonally across the lake, I saw a large group of Black Vultures congregating around the carcass of a freshly dead Muscovy duck. 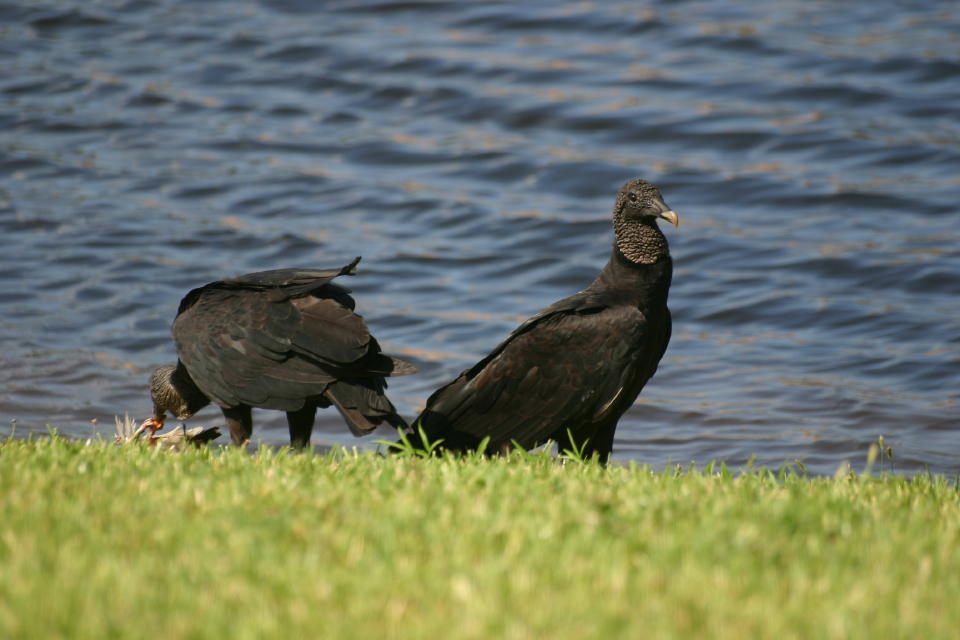 A couple of them came over and finished off the ibis, leaving barely enough for the flies. 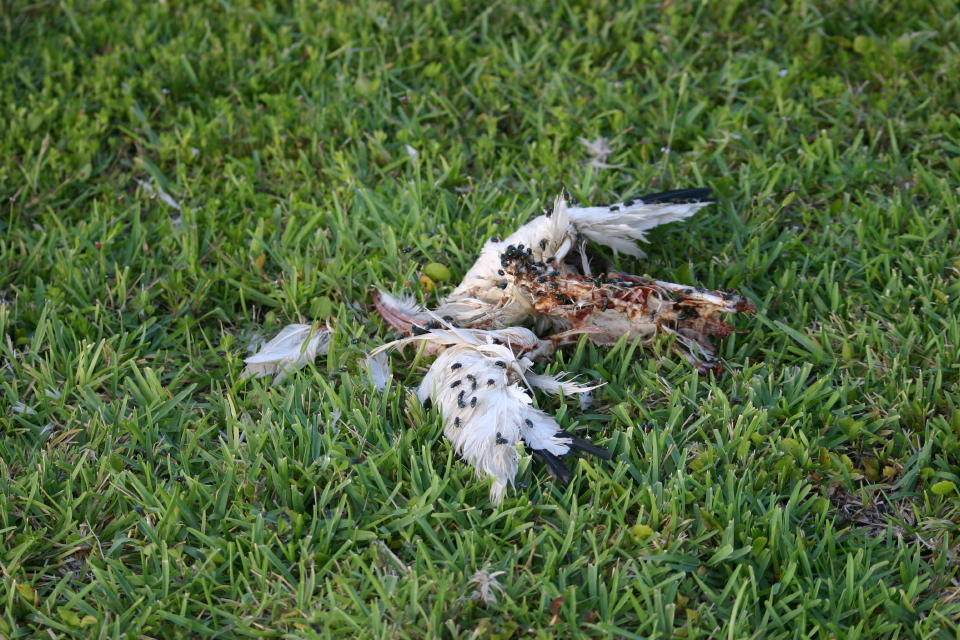 Then, later in the afternoon, a Turkey Vulture started making passes
over the yard next to the one where the first duck had died. It landed
briefly and approached another Muscovy that was sitting on the grass.
As the vulture drew near, the duck began moving toward the lake. It
could not walk normally. Rather, it flopped its wings clumsily and
pretty much crawled into the lake, where it began to thrash violently.
The vulture departed. The duck splashed about for several minutes, and
then fell silent at the water’s edge. Soon the Black Vultures were
feasting on its remains. 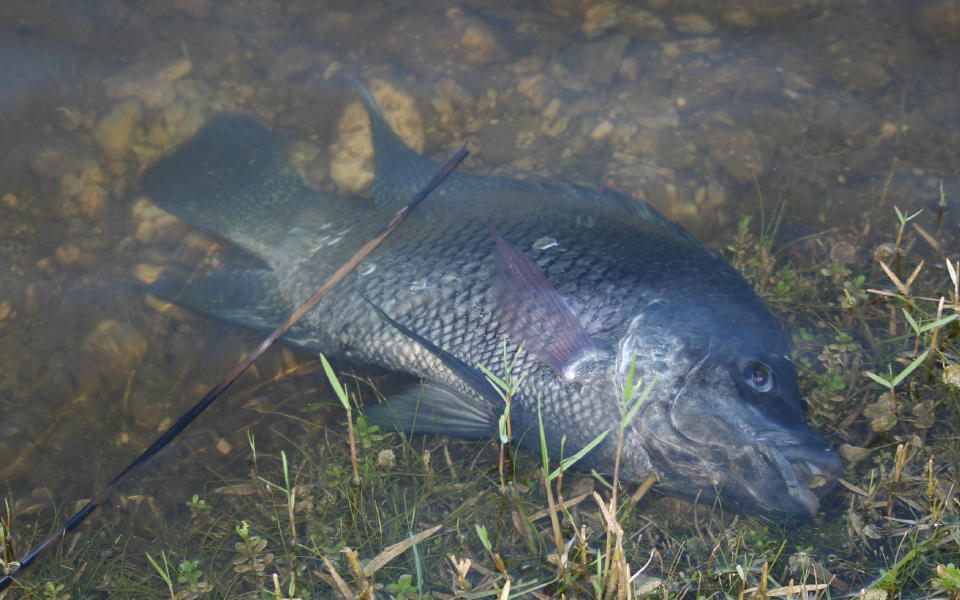 To my surprise, the vultures also moved along to join others that had found yet
another dead duck on the edge of the lake just to the south of our
property.  I walked over towards them and found the body of this 16 inch fish, probably a Blue Tilapia, at the water’s edge. Not a good sign.

As dusk was approaching, I noted one of the two “sister” hens that had very similar coloring and facial patterns was out in the back yard, acting strangely. As I approached it, the bird appeared to have trouble balancing and holding its head up. It fell forward as it tried to walk away from me, its head dragging on the ground. It made it to the water, where it swam with its head submerged. Its “sister” swam close by. 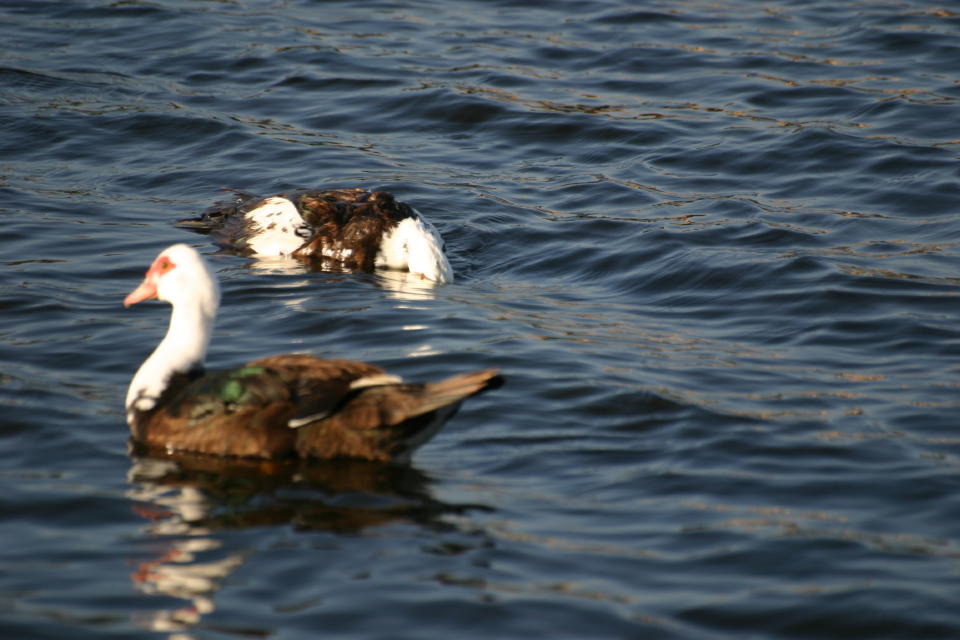 The sick duck tried to breathe every few seconds, flapping its wings to help it thrust its head above water as it gasped for air. 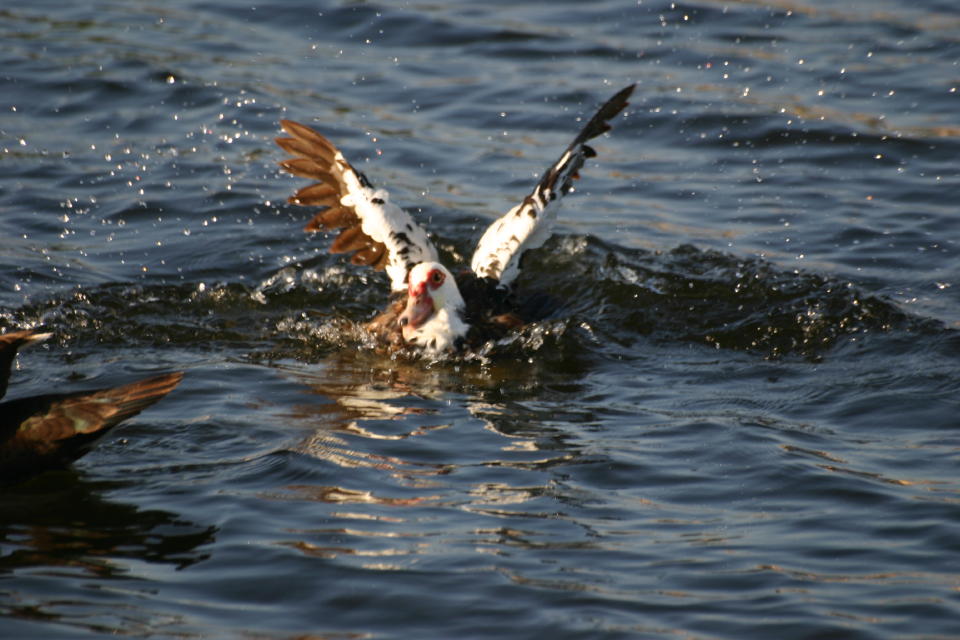 Finally, it made its way back next to the shoreline, where it rested its head on the lake’s edge, not moving. It was touching to see its “sister” staying close by as the bird expired.

This morning, its body awaited the arrival of the vultures. Across the lake near where the first duck died, there was another body, of a mostly-white Muscovy. That adds up to 5 ducks, one ibis and a fish along a small stretch of shoreline, all dead within 24 hours. Also, perhaps an unrelated event, the brood of 12 ducklings that hatched out last week, pictured in my previous post, had disappeared by the next day

What can be killing these birds? Children sometimes throw rocks at the birds, but no signs of physical injury were evident.  It appears to be a neurologic condition. The South Broward Drainage District regularly applies herbicides all along the lake’s edge, but they are said to be only mildly toxic (see this link). Pesticides, particularly organophosphates,  are much more toxic to the brain, and they are often used rather indiscriminately, so they must be suspected.  “Clinical signs in birds include goose stepping, ataxia, wing spasms, wing droop, dyspnea (difficulty in breathing), tenesmus (spasm of anal sphincter), diarrhea, salivation, lacrimation, ptosis (drooping) of the eyelids, and wing-beat convulsions.”

Then there are disease organisms that affect the central nervous system. West Nile may cause encephalitis, while bird flu would be most unlikely. If I see any more evidence of illness I will call health officials.