This headline brought me back to the mid-1960s, when I served on a joint US-Mexico committee that addressed concerns about communicable diseases along the border:
*
*
*

BEIJING (AP) - A U.S. animal rights group Thursday condemned a plan to kill all pet dogs in an anti-rabies campaign in a district of the southwestern Chinese city of Chongqing. The Humane Society of the United States/Humane Society International said in a statement that a vaccination campaign would be a better way to control rabies. “Rabies is a serious matter, but local, provincial, and national government officials in China must recognize that vaccination campaigns are the most effective way to ensure public safety now and in the future,'’ said Andrew Rowan, the group’s chief executive officer. “Killing animals indiscriminately like this is unnecessary and inexcusable, especially if they’re already vaccinated,'’ he said. According to a statement on the Wanzhou district’s official Web site this week, residents of the district have until March 15 to hand over their dogs. “All the dogs in the area should be killed. A compulsory cull phase will begin after March 16. The forced cull will be carried out by the police,'’ it said. Officials have rounded up dogs in other cities, such as Beijing, in a crackdown on strays and unregistered pets… 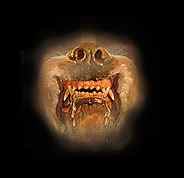 The city of JuÃ¡rez, Chihuahua shared a rabies problem with El Paso, Texas. Usually, most rabies in El Paso occurred in wild coyotes in the cityâs fringes. However, a few cases appeared in dogs along the Rio Grande River (Rio Bravo).

We had a meeting in which Mexican authorities presented a map of the two cities with black circles showing where the rabid dogs were captured. Along the Mexican side of the border, the spots increased nearer to the border, where they became so numerous they sometimes overlapped. One of the Mexican officials quipped âOh, now we know where our rabid dogs are coming from!â

Attempts to immunize pet dogs were not successful in JuÃ¡rez. Dogs ran all over the neighborhoods, but were not regarded as âownedâ by anyone, even though they might live under the front steps and have the run of their houses and dooryards. With financial backing from the Pan American Health Organization, JuÃ¡rez then mounted a campaign to eliminate stray dogs. It was quite effective. Dogs were poisoned and shot. Their carcasses were piled up on street corners.

Unfortunately, there were no funds earmarked for collecting the bodies, and the sanitation workers refused the extra duty. It turned into a pretty smelly mess until extra money was found to hire extra workers.